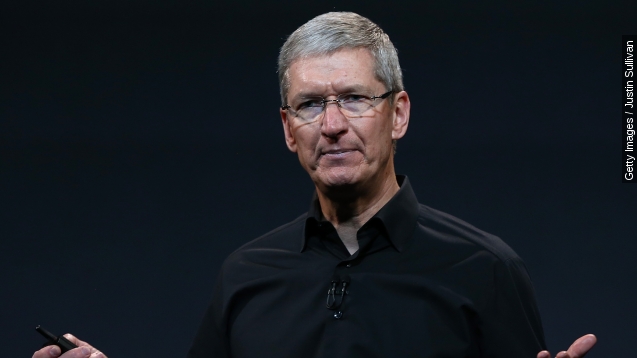 It's the question on everyone's minds: "How hard is it to say Apple will be in the car business?" (Video via Apple)

Apparently it's pretty difficult for him to say, but silence never stopped speculation.

The Wall Street Journal reported in September that a project, code-named "Titan," aims to release an electric car in 2019.

And Apple has been accused of poaching engineers from electronic vehicle makers, including Tesla, to make the supposed dream a reality. (Video via Tesla Motors)

Apple has reported record sales recently, but with top car manufacturers capturing revenues well over $100 billion last year, it wouldn't be a stretch to see Apple try to branch out. (Video via Mercedes-Benz)

Still, staying out of the car business could be a strategic move. Forbes reports after oil, the auto industry is the most capital-expensive out there. (Video via General Motors)

Apple's supposed moves could really be more of a middle ground, by bringing its technology, such as higher quality mapping software, to other companies' cars. (Video via Apple)

We'll have to wait and see what's up Apple's sleeves.