Tilapia Isn't Really Bad For You, But It's Not Off The Hook 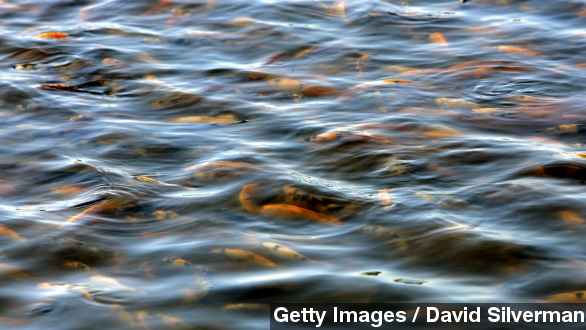 Tilapia production is on the rise as demand for the fish continues to grow.

Dutch bank Rabobank has pegged Latin America — Brazil and Mexico in particular — as the next big producer of the fish as China, the current biggest producer, slows exports. (Video via Regal Springs Tilapia)

But the fish's nutritional value has come under some scrutiny, with claims that it's actually worse for you than bacon popping up online here and there.

That's mostly down to a paper from 2008 that found the fish has a much higher proportion of omega-6 fatty acids than other popular fish and can therefore cause more inflammation than bacon or burgers. (Video via eHow)

But those omega-6 fatty acids are counterbalanced by the fish's low saturated-fat content, so while eating a lot of tilapia isn't a great idea if you have a heart condition, it's not really worse for you than bacon. (Video via Allrecipes)

That doesn't mean the fish is really off the hook, though — it does still pose something of a threat as an invasive species.

Tilapia is a very popular fish to farm because it grows fast and it's relatively easy to farm, so aquaculture of the fish has been growing. (Video via Tropical Aquaculture)

But the fish's reproductive speed, one of the reasons it's such a popular farm fish, also means when tilapia gets out of the farm, it can overwhelm local species.

The International Union for the Conservation of Nature has even listed one species of the fish, Mozambique tilapia, as one of the 100 worst invasive species on the planet.

Because tilapia can only typically survive in warmer environments, the fish hasn't posed a threat in much of the United States, but it is present in the wild in Southern states like Texas and Florida and has caused extensive problems in Australia. (Video via Fox Sports, ABC Australia)