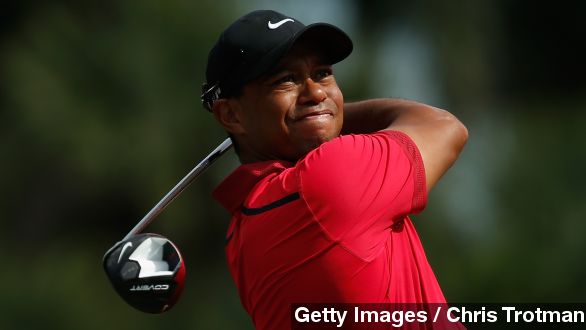 Woods released a statement saying, "The last two weeks have been very disappointing to me. Right now, I need a lot of work on my game. ... My play, and scores, are not acceptable for tournament golf."

Woods' recent struggles on the golf course are no secret.

The 14-time Grand Slam champion shot a career worst 82 in the Phoenix Open and missed the cut by 12 shots.

He also dropped out of a previous tournament because of a nagging back injury, leading some to speculate he might need surgery.

Within the past year, he was the No. 1 player in the world. But after a string a poor performances, Woods has fallen to the 62nd spot, the worst ranking he's had since 1996. (Video via Fox Sports)

"There's just too many issues that were so obvious for him to take care of. This was expected. And it was very predictable," Golf Channel analyst Brandel Chamblee said.

One ESPN golf writer also spoke with Woods' agent who provided some clarity on the star's break.

"This is not a leave of absence. It's been more reported that way in some places. He's just taking time to get his game in shape. And he's not going to come back until he feels good about playing tournament golf," ESPN Senior Golf Writer Bob Harig said.

Of course, with a reputation as big as his, the sports media was eager to jump on the now-familiar "Is Tiger done?" bandwagon.

A point one Philly.com sports writer was pretty emphatic about.

"Woods has been stuck on 14 majors since the 2008 U.S. Open. Think about that: closing in on seven years without a major. ... Tiger has lost the roar. Permanently."

But fellow players, like former PGA Tour Champion Paul Goydos, feel for Woods, who is always under the media's magnifying glass. Goydos is quoted in USA Today saying:

"If every shot I hit was scrutinized like Tiger Woods' shots, I'd be in a mental institution right now. Look at what's going on in the Middle East and we're worried about whether Tiger can chip it on a green to this point."

As for a return date, your guess is as good as ours. Woods said he plans to return "very soon."