Tiger Woods Is A Distant Memory At The US Open 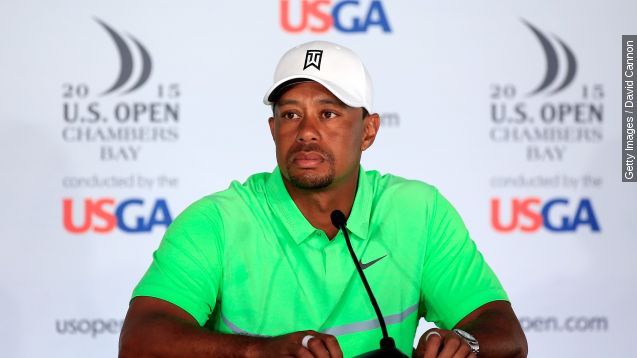 SMS
Tiger Woods Is A Distant Memory At The US Open
By Matt Moreno
By Matt Moreno
June 18, 2015
This weekend's US Open features players of all ages. Many of golf's new faces are poised to beat Tiger Woods at his own game.
SHOW TRANSCRIPT

Fifteen-year-old Cole Hammer is the third-youngest golfer in the history of the U.S. Open. The kid doesn't even need to shave yet.

And playing in the Open is a huge feat for the high school student because he grew up watching and loving the sport. He told reporters earlier in the week, "First memory I have of the U.S. Open is when Tiger won in 2008, when he did that fist pump on the 18th green." (Video via CNN)

That was seven long years ago for Woods, who was 32 at the time. The 2008 U.S. Open is his last major championship title.

It's too early to call Hammer golf's "next big thing," but it's pretty clear the sport is in search of the next big name.

Woods, now 39, has been hampered by injuries, swing problems and girlfriends since his years of being on top of golf.

ESPN reports Woods is entering this US Open at 60-1 odds — "his worst odds of any tournament he has entered since 2008."

As author Shane Ryan told CBS Sports' Doug Gottlieb, Tiger's success 15 years ago is to blame for this youth movement.

"They are his generation. He spawned them. He inspired them. And, like you said, the irony is now they're the ones sort of beating him at his own game. It's created this fascinating generational shift," Shane Ryan said.

Woods is coming off the worst round of his pro career, shooting an 85 at Memorial earlier this month.

"I was expecting to grind. That, to me, is the fun part," Woods said after the round.

He's remaining positive though, telling reporters before the tournament "things are starting to come together piece by piece."

Twenty-one-year-old and current golf golden-boy Jordan Spieth enters the U.S. Open as a favorite, in search of his second major of the year. Spieth won the Masters earlier this year.

Not-so-youthful, six-time U.S. Open runner-up Phil Mickelson also joins the pack, looking to capture the elusive title. The U.S. Open is the only major golf championship Mickelson's yet to win in his career.

This video includes images from Getty Images and music from David Peck / CC BY NC 3.0​.