Tiger Woods Announces He Will Play In Masters 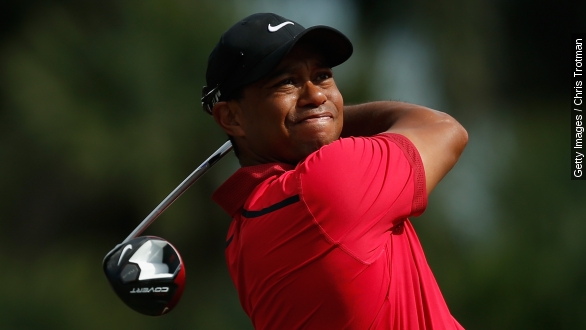 SMS
Tiger Woods Announces He Will Play In Masters
By Kate Grumke
By Kate Grumke
April 3, 2015
Woods announced via Twitter Friday that he'll be competing in the Masters next week.
SHOW TRANSCRIPT

Tiger Woods is now officially taking another shot at a fifth green jacket.

Woods announced he's playing in the Masters next week on his Twitter account Friday afternoon, and said in a statement on his website, "I've worked a lot on my game and I'm looking forward to competing. I'm excited to get to Augusta and I appreciate everyone's support."

The announcement comes after Woods' private plane was spotted at Augusta Regional Airport Tuesday, according to the Augusta Chronicle. That sparked rumors that Woods was playing a practice round.

In February, Woods announced he was taking a break to get his game "tournament-ready."

That break came after Woods scored a record career worst — 82 — at the Phoenix open in January. Woods has struggled with back problems and a string of bad performances recently.

So the prospect of Wood's return had some observers very excited.

But Tiger isn't quite out of the woods yet. Here's what ESPN's senior golf writer Bob Harig had to say.

"The fact that it's taken this long for him to say that he's gonna play sort of suggests that things might not be at the level that he wanted them to be back on February 11 when he said he was taking this leave," said ESPN's senior golf writer Bob Harig.

And earlier this week, the 14-time major champion dropped out of the Official World Golf Ranking's top 100 golfers for the first time since 1996.

Round 1 of the Masters tees off Thursday.