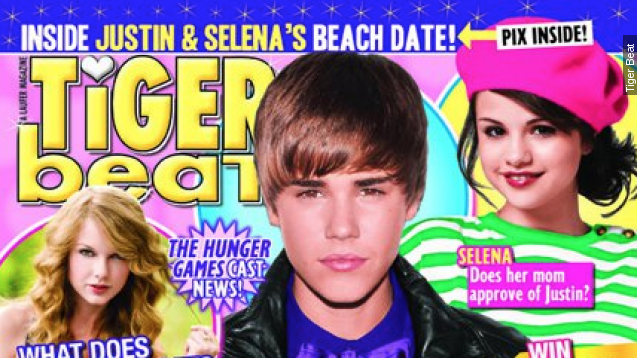 Do you remember Tiger Beat? That teen celebrity magazine that's been around for over 50 years? The one with the massive posters inside?

Former teenyboppers who grew up in the '90s can personally attest to covering their walls with N'Sync and Backstreet Boys posters.

Well, that magazine hasn't been doing too hot lately — largely because it's going up against digital competitors, like Buzzfeed and TMZ.

So, 17 investors raised $2 million to buy the magazine and reintroduce it to younger generations who didn't experience the magazine in its prime.

And some of those investors are pretty well known: Nick Cannon, Kevin Durant and Justin Bieber's manager, Scooter Braun, have all invested in the brand.

The revamp will be extensive. There are plans to redo the website, launch a music tour and radio channel, and possibly get into TV and film. (Video via Tiger Beat)

But don't worry. The magazine will remain true to its collaged photos, stories about "never-before-heard" secrets and "behind-the-scenes" articles. (Video via Tiger Beat)

Investors think the success of Tiger Beat will hinge on its target demographic. The magazine caters to 8- to 14-year-old girls, whereas competitors, like Buzzfeed and TMZ, draw an older crowd.

This video includes images from Getty Images and Tiger Beat.