The Moon Could Be Making Some Earthquakes Bigger 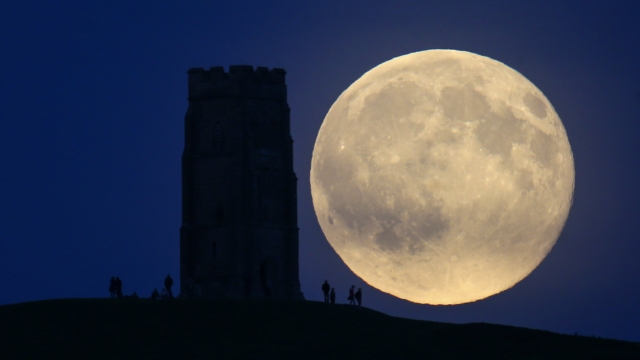 SMS
The Moon Could Be Making Some Earthquakes Bigger
By Ryan Biek
By Ryan Biek
September 13, 2016
Large earthquakes are more likely during full or new moons, according to a new study.
SHOW TRANSCRIPT

How big an earthquake gets might depend on the moon.

Researchers in Japan looked at the world's largest recorded earthquakes and found they were more likely to happen during full or new moons when tidal forces in the ocean are strong.

Earthquakes aren't completely understood, but we know they're mainly caused by the release of energy that's been pent up from tectonic plates grinding together.

All earthquakes start small. A geophysicist working in the U.S. said: "The tides just add a little — 1 percent or less — additional push on top of that tectonic loading. Even though it's a small contribution, it could be just the amount of stress that is the 'straw that breaks the camel’s back.'"

Looking at data from roughly 10,000 past earthquakes, scientists found a magnitude 5.5 earthquake was more likely to become a magnitude 8.0 during periods of high tidal stress.

However, a recent study by the geophysicist we mentioned earlier looked at the San Andreas fault and found low frequency earthquakes were more likely to happen when the moon was in its waxing phase. That's when the size of the tide increases at its fastest rate.