'Thrones' Catching Up With Book Plot Means Spoilers For All 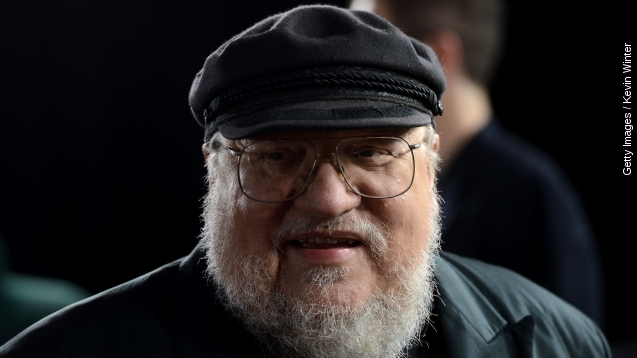 SMS
'Thrones' Catching Up With Book Plot Means Spoilers For All
By Lexie Hammesfahr
By Lexie Hammesfahr
June 16, 2015
The day "Game of Thrones" fans feared is here: The HBO show is further along than parts of the book narrative, and it's spoiling the plot for readers.
SHOW TRANSCRIPT

"Game of Thrones" season five is over, and with the end to the season, the show has essentially caught up with George R.R. Martin's "A Song of Ice and Fire" series. (Video via HBO / "Game of Thrones")

Throughout the course of the TV series, websites like Screen Rant and The Cheat Sheet have discussed the differences between the story told on TV and in Martin's books.

But specifically in the last two episodes of season five, we saw new story lines not yet revealed to book readers, and some fans aren't so happy. Prepare for spoilers.

In episode nine, "Dance of Dragons," Stannis Baratheon most likely lost his entire fan base when he sacrificed his daughter at the stake in a last-ditch effort to change his fate with the Lord of Light.

This was one of the first plotlines Martin suggested to showrunners David Benioff and Dan Weiss, making it a spoiler for his next book in the series.

David Benioff said, "When George first told us about this, it was one of those moments where I remember looking at Dan and it was like, 'God, that's so horrible and so good in a story sense because it all comes together.'"

As a result, Stannis’ wife, Selyse, hangs herself in the season finale right before Stannis' ill-fated march on Winterfell. Stannis is later seemingly murdered by, of all people, Brienne of Tarth.

"Do you have any last words?" Brienne asked Stannis.

In contrast, the most recent book, "A Dance With Dragons," has Stannis weathering the snowstorm and managing depleting supplies and men.

But the most confusing plot point for the show is one book readers knew was coming: Jon Snow's death.

When Jon is stabbed at the end of the fifth novel, it's unclear whether he just faints or actually dies. But in the show, he’s clearly murdered in a scene reminiscent of Julius Caesar's betrayal.

"This is obviously a big deal. The death of Jon Snow is something we've been thinking about for a long, long time," Benioff said.

And although Kit Harington — who plays Snow — and Benioff and Weiss have all confirmed that Snow is, in fact, dead, Martin has avoided answering whether or not Snow will make an appearance in the upcoming "The Winds of Winter" novel.

That book is rumored for release later this year. As for the series, we'll just have to wait until spring 2016.