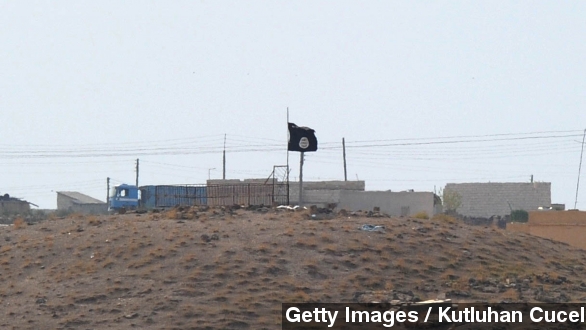 The Justice Department says three men have been arrested in an alleged plot to join the terror group known as ISIS.

The suspects are Akhor Saidakhmetov and Abdurasul Hasanovich Juraboev, who apparently had travel plans to Istanbul, and Abror Habibov, who's accused of providing funding for one of the men.

Juraboev caught the attention of law enforcement monitoring his online activities on a pro-ISIS website. Each faces a maximum sentence of 15 years in prison on charges of attempt and conspiracy to provide material support to a terrorist organization.

The Justice Department says Juraboev in particular made an online pledge to kill President Barack Obama if ISIS ordered him to do so. (Video via The White House)

But the fact all three men were in the United States as they allegedly planned or supported ISIS-sanctioned attacks is especially concerning.

Loretta Lynch — President Obama's nominee for U.S. attorney general — said in a statement, "The flow of foreign fighters to Syria represents an evolving threat to our country and to our allies."