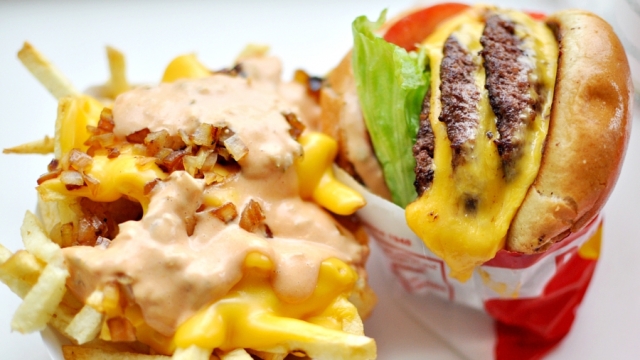 Thousands of people are trying to convince In-N-Out to serve veggie burgers.

A Change.org petition started by the Good Food Institute — based in Washington, D.C. — has gotten over 28,400 signatures since it was created earlier this month.

And the authors seem pretty upset about the lack of vegetarian options at the famous burger joint.

SEE MORE: Burger King Has Made The Macaroni-And-Cheetos Combo Of Your Nightmares

The petition reads, in part, "If you want a meat-free meal at In-N-Out, you're going to be stuck eating multiple orders of French fries or a cheese-slathered bun."

If In-N-Out complies, it wouldn't be the first fast-food restaurant to serve vegetarian fare.

This is the second time a petition for In-N-Out veggie burgers has made the rounds online. Organizers say they are going to send the most recent petition's signatures to the chain's president.