Thousands Of Migrants Are Stuck Between Macedonia And Greece 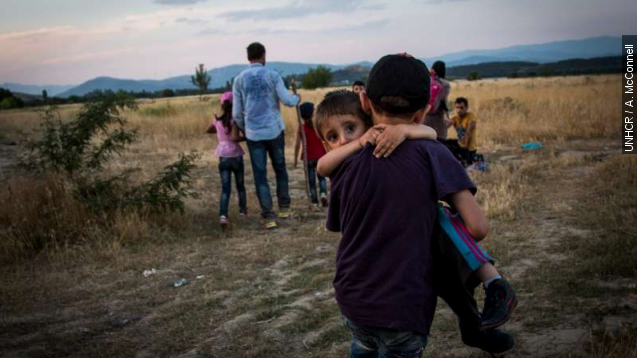 Why are migrants stuck at Macedonia's border?

Thousands of refugees are in limbo at Macedonia's border with Greece.

The tiny Balkan nation had declared a state of emergency after saying it couldn't handle the thousands of migrants streaming across its border every day. (Video via Aleksandra Dukovska)

Migrants were crowding Serbia-bound trains by the hundreds while trying to reach northern and western Europe.

While not all of the migrants are refugees, many are Syrians who have come through Turkey and Greece to escape the country's brutal civil war.

Ordered to seal the border, Macedonian police have used tear gas and stun grenades to keep the growing crowd under control.

They're stuck in what's been described as a "no man's land" between Greece and Macedonia. While there, they have little access to food, water or shelter, and spend their nights subject to the rain and cold. (Video via Telegraf)

Macedonia has started letting small amounts of migrants through. Still, it may not be enough. (Video via Channel 4)

The United Nations' refugee agency said it was concerned about the border situation, and called on Greece, Macedonia and the European Union to work together in solving it. (Video via A1on)

The migrants aren't entirely set on waiting, though. On Saturday, thousands pushed passed police and ran for the border.