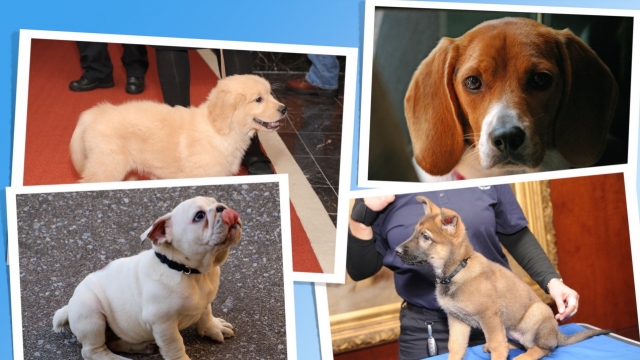 SMS
This Year's Most Popular Dog Breeds List Looks A Lot Like Last Year's
By Katherine Biek
By Katherine Biek
February 22, 2016
The American Kennel Club released its annual list of the most popular dog breeds and the top five come as no surprise.
SHOW TRANSCRIPT

The American Kennel Club released its list of the most popular dog breeds in America on Monday, and while the findings for the top five aren't surprising — they're the same as last year — these pups are still so stinking cute.

Making the list as the fifth most popular breed is the beagle.

The miniature hound dogs are great hunters, and according to PetMD, they make good pets for active children. After all, Snoopy from the Peanuts comic strip is a beagle, and what's good enough for Charlie Brown is certainly good enough for us.

"America loves its bulldogs! They're sweet; they don't require a lot of exercise so they're good in the city or in the country," Gina DiNardo, vice president of the American Kennel Club, told ABC.

Next on the list are the golden retriever and the German shepherd, coming in as No. 3 and No. 2, respectively.

Both breeds are used by the Guide Dogs of America program, and the German shepherd is also a commonly used breed of police dog.

And no surprise, the labrador retriever comes in at the top spot — for the 25th year in a row.

The American Kennel Club recognizes three colors of labs — yellow, black and chocolate — and describes them as active, friendly and outgoing.

Still, the labrador retriever's reign might come to an end in the next couple of years. The American Kennel Club announced the French bulldog is slowly but surely making its way up the most popular breed list — it came in at sixth this year.