This State's Public School Funding Is Unconstitutional — Now What? 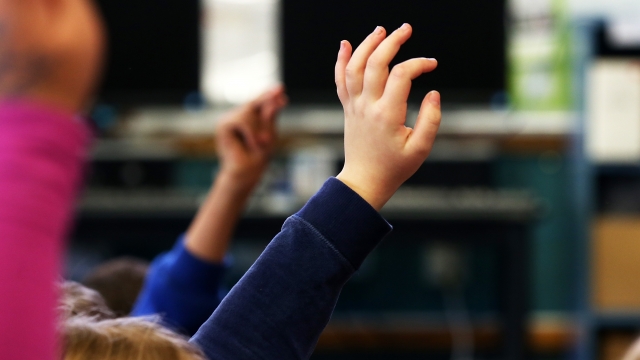 Public schools in Kansas are facing a funding crisis, and the state legislature is staring down a deadline just weeks away.

The current problem stems from a lawsuit filed in 2010: Gannon v. Kansas. In that case, the parents and school districts argue that Kansas is underfunding schools, particularly in poorer areas.

The heart of the issue is the amount of money the state allocates to school districts. For three consecutive school years, the base state aid per pupil decreased every year. Then because of court mandates, state aid increased for the school years starting in fall 2014 and 2015.

Beyond the base aid, districts could get additional money based on local property values. That formula often results in poorer districts being underfunded.

The case is in the Kansas Supreme Court's jurisdiction, and it's gone back and forth between the Capitol and the courtroom as state lawmakers try to develop a school funding plan the court will approve.

The court rejected the most recent plan May 27, saying the funding disparities between districts is "inequitable and unconstitutional."

The court instituted a deadline of June 30. That means lawmakers have until then to come up with a court-approved school finance system, or the state won't be allowed to raise, distribute or spend any money for its public schools.

The court hasn't specified if that means schools must close.

"We are fully planning being operational July 1, and we are fully planning for school to start on August the 12. ... We have the money currently in our budget. So we've encumbered expenditures, and that's a part of the question in relation to what can and can't happen," Shawnee Mission School District Superintendent Jim Hinson explained to parents.

But not all districts have savings to fall back on. The Kansas City, Kansas, school district, for example, says it only has enough money to stay operational for 12 days.

That June 30 deadline is the extra tricky part. The Kansas legislature is adjourned till Jan. 9, 2017, so Gov. Sam Brownback would need to call a special session to address school funding.

Since the May 27 ruling, Brownback issued a statement, saying in part, "I will work with the attorney general and legislative leadership to respond aggressively and appropriately to any action taken by the Kansas Supreme Court to close our schools. Kansas has great schools, and they should remain open."

But the Sunflower State isn't the only state facing school funding lawsuits. Connecticut and New York currently have cases pending, and a Florida case received a final judgment May 24. But Kansas appears to be the first to threaten a statewide public school shutdown.

This video includes images from Getty Images and the Supreme Court of Kansas. Music provided courtesy of APM Music.