This Smart Jewelry Is Designed To Protect Women From Sexual Assault 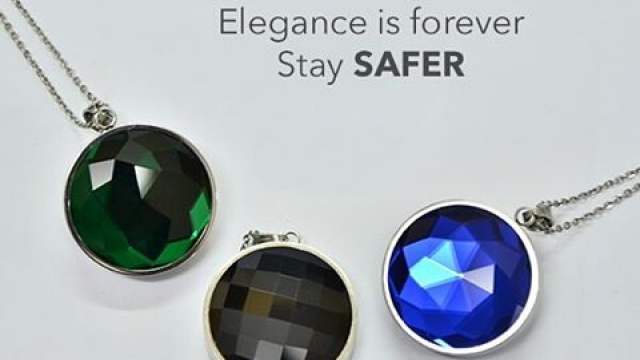 SMS
This Smart Jewelry Is Designed To Protect Women From Sexual Assault
By Melissa Prax
By Melissa Prax
March 3, 2016
After the brutal rape and death of Indian woman Jyoti Singh, tech company Leaf Wearables created jewelry that could send out alerts.
SHOW TRANSCRIPT

While the world watched India after Jyoti Singh was brutally raped in New Delhi and later died, five businessman hatched an idea: a plan to keep Indian women safe through a piece of tech-infused jewelry that works with an app on your phone.

The company has also sold jewelry to women in Turkey and hopes to continue expanding globally.

The device, coined SAFER, is embedded in various wearables, like necklaces, key chains and bracelets.

If wearers feel unsafe, they can tap the pendant twice, sending a message and location details out to family members and friends, depending on who's included in their network. It also has a GPS option for network members to view the wearers' location.

The startup launched last year and has sold around 5,000 pieces. Each rechargeable piece is about $52 to $74 a pop.

And if you still aren't sold on the idea of safety, perhaps the selfie option will convince you.