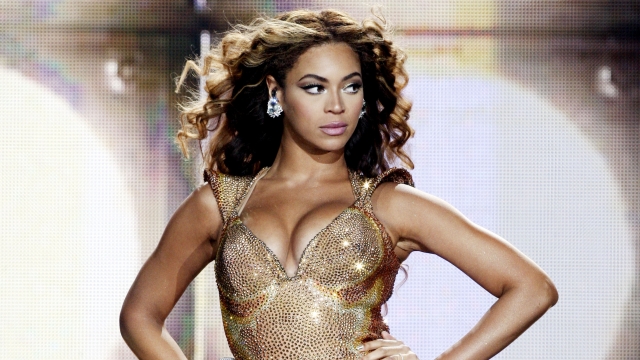 SMS
This Rumored Beyoncé Album Better Not Be An April Fools' Day Joke
By Cody LaGrow
By Cody LaGrow
March 31, 2016
The BeyHive is buzzing with rumors of an April album drop after fans pieced together Beyoncé's latest moves.
SHOW TRANSCRIPT

Y'all haters corny with that new Beyoncé album mess. Just kidding. It's happening. We think Bey is on the brink of blowing our minds.

The BeyHive is getting in formation Thursday because their queen is bound to break the Internet. Beyoncé double-whammied her fans with surprises in February with the release of a single and the announcement of a world tour.

And a new tour means new music, right? This alleged track list leaked online Wednesday, and it reveals Queen Bey may drop something on April 1, with duets with some heavy hitters on the upcoming album, including Adele, Mariah Carey, Kanye West, Frank Ocean and Nicki Minaj.

People reported her iTunes page went down briefly last week, though it never confirmed that independently. Also sketchy, Beyoncé's VEVO page on YouTube has 18 unlisted videos at the moment. These could signify that new stuff is prepped and ready, just not accessible.

Queen Bey is allegedly set to bless us with new music in April, and her big media ramp-up is positive affirmation. Just today, she's appeared on the covers of Elle and Elle UK, announced a new athletic wear line named Ivy Park, to hit stores mid-April, and fended off Us Weekly rumors that she and Hillary Clinton had a secret power-female meetup on the set of one of her videos. The Clinton camp denied the rumors and Bey loves her privacy.

What we know for sure: Our girl has been in and out of the studio for the past year, and her tour kicks off April 27. It's only a matter of time before Beyoncé pulls a Beyoncé and blows our minds once again.

This video includes clips from Columbia Records and images from iTunes and Getty Images.