This Pricey Machine Will Fold Your Laundry For You 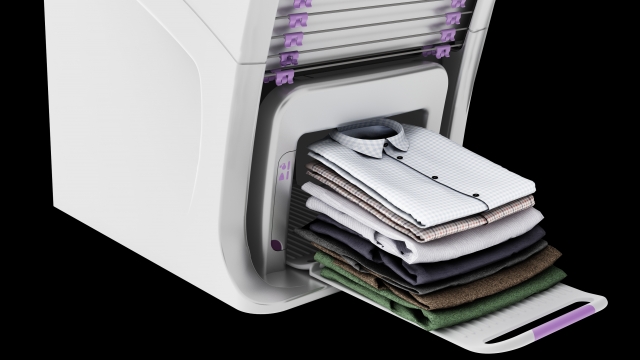 Hate folding your laundry? You're in luck.

Meet the FoldiMate, a laundry-folding robot. Its makers claim it can fold a load of laundry faster than you.

A California tech startup developed the FoldiMate, which can also steam, soften and perfume your clothes.

The machine fits on a standard washer or dryer, or even on a table.

It's a 21st-century device, so of course it's Wi-Fi enabled.

But it won't fold all your laundry. It doesn't fold large items, like linens, or small items, like socks or underwear.

Convenience comes at a cost. The team hasn't set a final price but lists its target price between $700 and $850. The steam function will cost an additional $200-$300, and perfume capsules will cost up to $40 extra.

It already has some competition. Japanese developers introduced a laundry-folding robot called the "Laundroid" last year. Laundroid doesn't require clipping clothes to the machine, but it takes longer to fold. The developers reportedly plan to start selling it with Panasonic washers and dryers in 2018.

FoldiMate will start taking orders in 2017, with delivery expected by 2018.