This Officer Was Just Trying To Help An Emu, But Things Got Heated 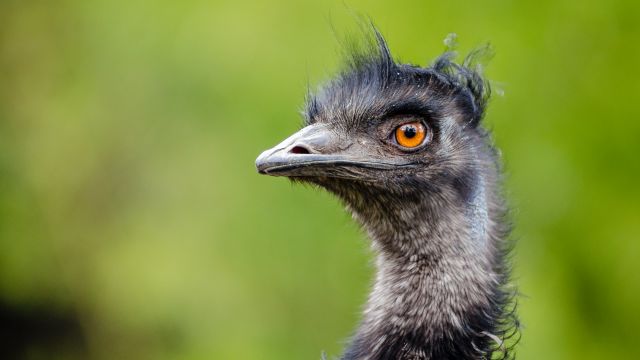 SMS
This Officer Was Just Trying To Help An Emu, But Things Got Heated
By Matt Moreno
By Matt Moreno
June 21, 2016
A brush fire in a small town in Southern California grew to 7,500 acres on Monday and put an emu's life in danger.
SHOW TRANSCRIPT

Authorities say an animal control officer ran into an unexpected problem while trying to help an injured emu near San Diego.

"We were not expecting someone to come out with this much hostility," San Diego Sheriff's Department Sgt. Joe Leos told KGTV.

On Monday, an officer for the County of San Diego Department of Animal Services was helping an injured emu from a brush fire in Potrero, a small town east of the city. That's when the animal's owner spotted him and fired a shotgun into the air.

Supposedly, the emu's owner didn't want the officer to take the animal. So he went inside, grabbed the gun and fired three warning shots.

The Potrero area has been dealing with a massive brush fire for days now. It grew to 7,500 acres on Monday and has prompted mandatory evacuations.

According to authorities, the man already has an extensive criminal history and wasn't even supposed to own guns or ammo.

The officer wasn't injured in the incident. As for the emu, authorities say it likely ran into the hills when everything was happening, and it hasn't been seen since.

This video includes a clip from KNSD and an image from Mathias Appel.