This Overpriced Umbrella That Tells You When It Rains Is Useless 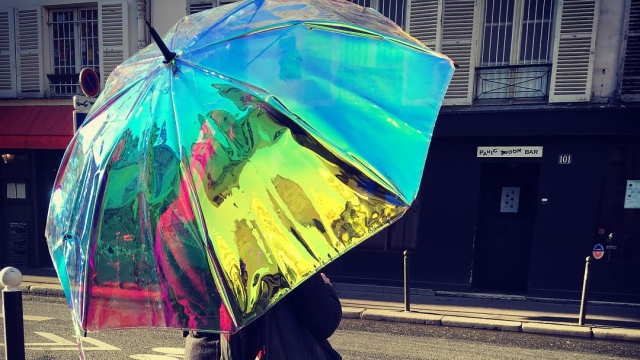 SMS
This Overpriced Umbrella That Tells You When It Rains Is Useless
By Ben Lawson
By Ben Lawson
March 1, 2016
The pricey Oombrella uses a chip in its handle to predict rain in the vicinity.
SHOW TRANSCRIPT

Meet the Oombrella. This umbrella can predict if it's going to rain in its immediate vicinity using a chip inside its handle.

"We send you a notification on your smartphone and it says, 'Hey it's going to rain in 15 minutes where you are, so you better take your umbrella,'" said a spokesman for Wezzoo, the company that makes the Oombrella.

It's a neat idea, but it comes with an $85 price tag. That's pretty pricey given the fact you can get similar information from a free weather app.

But hey, at least it looks pretty cool. And if you are forgetful, the Oombrella will send a warning to your smartphone if you leave it behind somewhere.

The device, which has yet to launch on Kickstarter, is expected to go on sale sometime in March and be available by Christmas.