This Newly Discovered Strain Of Bacteria Can Eat Plastic 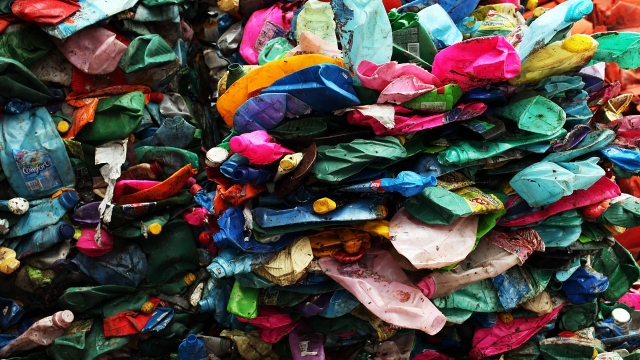 SMS
This Newly Discovered Strain Of Bacteria Can Eat Plastic
By Melissa Prax
By Melissa Prax
March 11, 2016
A new study found that a certain type of bacteria can break down low-quality plastic in about six weeks.
SHOW TRANSCRIPT

There may be a new way to accelerate plastic decomposition, and it involves bacteria.

A new study from Japanese scientists says a new strain of bacteria found outside a recycling facility eats plastic.

It can take hundreds of years for plastic to naturally break down. And considering researchers believe there will be more plastic in the ocean than fish by the year 2050, that's a problem.

The newly discovered bacteria eats a type of plastic found in many everyday products, such as water bottles. And for low-quality plastic, the strain could consume it in about six weeks.

There are still some issues that require further research on the topic, like how to adhere the bacteria to large amounts of plastic. Some also worry that possible toxins could be released from decomposition.

While the study focused on a new strain of bacteria, it isn't the first time scientists have discovered new ways to degrade plastics. In September, one study found certain types of plastic, like Styrofoam, could be the next meal for some larvae.

And researchers have been working for years to develop plastic that's degradable by water.

This video includes a clip from Arirang and images from Getty images.