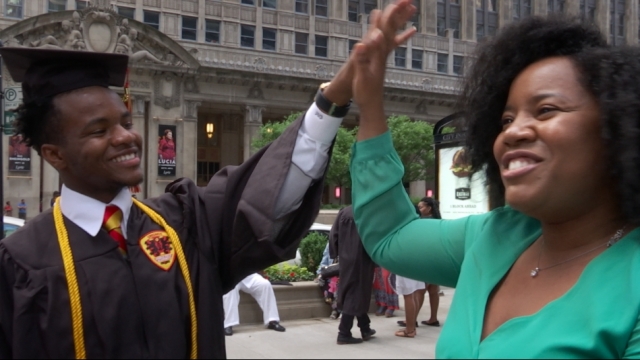 SMS
This Mom Tells Us How She Raised Her Son Out Of Chicago's South Side
By Ben Schamisso
By Ben Schamisso
June 9, 2016
A Chicago mom spoke to us about having a child when she was a teenager and raising him to be a college-bound student on the city's South Side.
SHOW TRANSCRIPT

This year, Urban Prep Academies in Chicago graduated 252 seniors; all of them were accepted to four-year colleges or universities. Students told us about where they're from and where they're going, presenting a sort of counternarrative to Chicago's rampant gun violence.

The mother of one of those students talked to us about some of the hardships she faced after becoming a teen mom and later raising a college-bound black man on Chicago's South Side.