Military 'Blimp' Gets Loose In Md. And Lands In Pa. 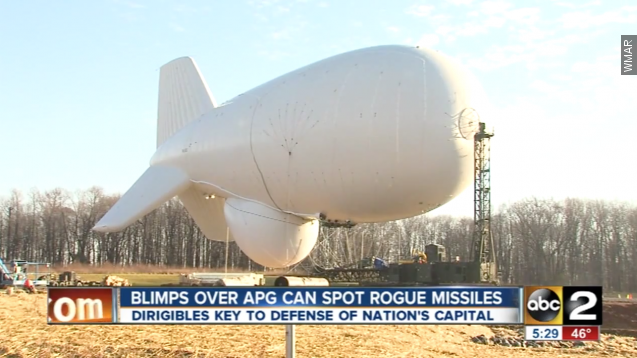 A military aerostat — a type of tethered balloon — has reportedly landed in Pennsylvania after it became untethered in neighboring Maryland. (Video via WMAR)

The balloon was one of two at the Aberdeen Proving Ground Army facility, and it broke free Wednesday morning, trailing more than 6,000 feet of cable.

The aerostat was part of a NORAD missile defense system, and it's supposed to detect incoming cruise missiles. (Video via Raytheon)

The Baltimore Sun reported two F-16 jets from the Air National Guard were monitoring the aerostat, which had reportedly been drifting at around 16,000 feet before it came back to earth. (Video via National Guard of the United States)