This Might Be Your Best Chance To Catch The Perseids 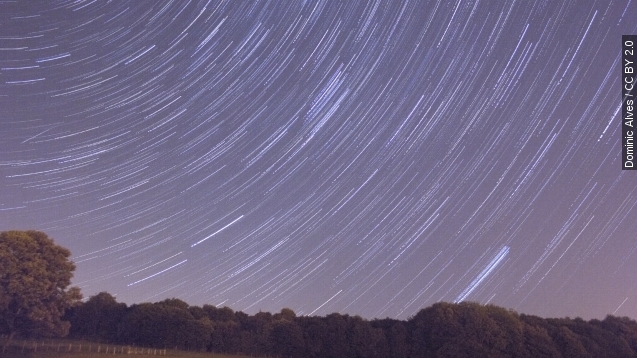 Attention stargazers: NASA says this might be your best week to catch a stellar light show, starring the Perseids. Sorry for the puns. (Video via YouTube / ElektrischerApparat)

NASA says the Perseid meteor shower should be especially visible this week because the moon won't be. (Video via NASA)

"The Perseids feature fast and bright meteors that frequently leave trains, and in 2015 there will be no moonlight to upstage the shower," NASA says.

The Perseid meteor shower is named after the Perseus constellation, even though Perseus really doesn't have much to do with them. (Video via YouTube / starryearth)

They're actually products of the Swift-Tuttle comet, which orbits the sun every 133 years. But it's not the comet traveling close to Earth that makes the meteor shower happen.

Instead, it's the Earth passing into the cloud of particles the comet leaves behind and those particles interacting with our atmosphere.

Even though the moon won't be messing with visibility, clouds can, so check the forecast. (Video via YouTube / someytowner)

The Perseid meteor shower happens every year in mid-August. This year, the shower peaks between Aug. 12 and 13. (Video via YouTube / lez briddon)

This video includes images from NASA and Dominic Alves / CC BY 2.0.