This Might Be The Worst 'Dancing With the Stars' Cast Ever 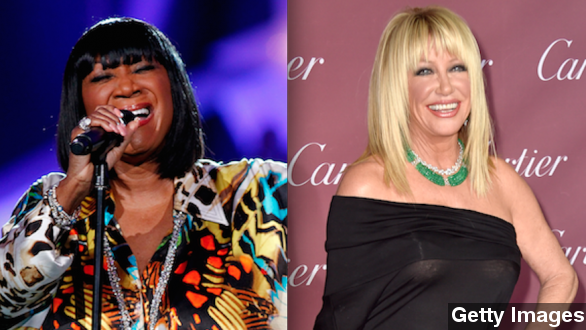 Don't expect any game-changing celebrities in the 20th season of "Dancing With the Stars." This may be the worst cast the show has ever had.

Also appearing: football player Michael Sam, the guy with the glasses from LMFAO — his names is Redfoo — Robert Herjavec from "Shark Tank," and then it really goes downhill. For example, model/actress Charlotte McKinney ... OK. Just listen to the applause at that announcement.

Now, "Dancing" has always been about nostalgia and reviving careers — last season we got excited for "Fresh Prince of Bel-Air"'s Alfonso Ribeiro.

That's not so much "nostalgia" as it is "never heard of ya." Amid falling ratings, "Dancing" is certainly not revitalizing itself for a younger generation.

In other "Dancing" news announced Tuesday, turns out longtime pro Derek Hough will be on this season after all, even though he said he was leaving. Hough said he just couldn't miss the 20th season.

And one more contestant will be revealed before the show's March 16 premiere. The Wall Street Journal is betting on the current "Bachelor," Chris Soules.