This Man Allegedly Stole 107 Eggs From A Threatened Species 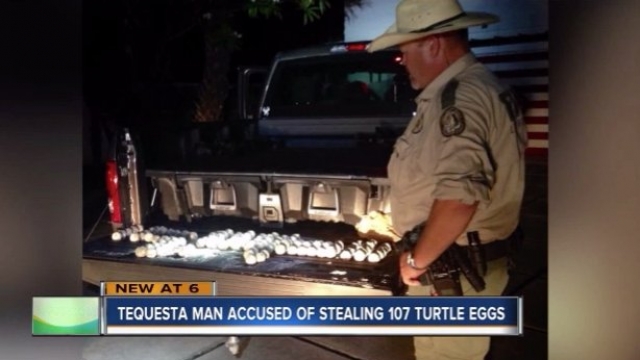 A Florida man faces up to five years in prison for allegedly stealing 107 sea turtle eggs.

Police say they observed Glenn Shaw walking behind a sea turtle on a beach and stealing her eggs as she laid them. He was found to be in possession of 107 eggs in total.

Newsy's partners at WPTV note 15 of the eggs are being kept as evidence and undergoing DNA testing. The rest have been reburied with the hope that they'll be able to hatch.

The eggs are reportedly from loggerhead sea turtles, a species that is considered threatened in Florida and endangered in other parts of the world.

When a different Florida man was sentenced to jail last year for a similar crime, the U.S. Fish and Wildlife Service said an endangered sea turtle's egg was worth $3 to $5 on the black market.

However, no motive has been found so far in the most recent case. Shaw's bail has been set at $3,000.

This video includes clips from WPTV and National Geographic.