This Kenny Chesney Rager Was Tame Compared To A Previous One 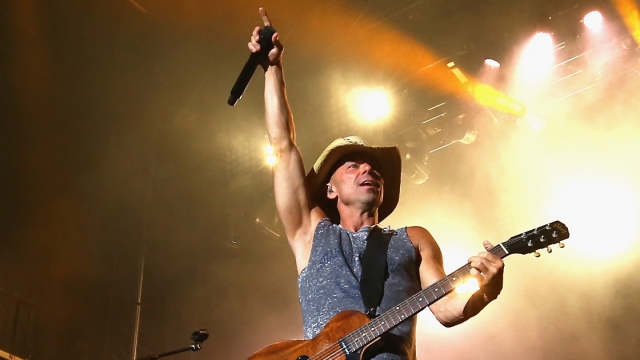 A Kenny Chesney concert in Pittsburgh on Saturday night got a little out of hand, sending dozens to local hospitals.

A Pittsburgh Post-Gazette review of the concert said the rowdiness made its way to the parking lots "where pickup trucks crushed beer bottles that sent glass flying everywhere. No Shoes Nation needed combat boots to get through that."

Police said they made seven arrests and handed out more than 30 tickets for underage drinking. Nearly 100 people were treated by emergency medical services, and 37 of them were taken to local hospitals.

SEE MORE: "Alicia Keys Has A New Way To Get Concertgoers Off Their Phones"

"I'm really, really pleased, very proud of the way the officers were able to maintain public order despite an incredible amount of alcohol being consumed by people, a lot of whom seemed to have a hard time controlling it," Chief Cameron McLay told reporters on Sunday.

But this year's concert at Heinz Field was reportedly tame compared to Chesney's 2013 concert in the same city. Police made more than 70 arrests then for aggravated assault, public intoxication and disorderly conduct.

This year the city handed out trash bags to concertgoers and tailgaters to pick up after themselves. According to the Pittsburgh Tribune-Review, crews picked up an estimated 48 tons of trash.

This video includes images from Getty Images and clips from WPXI, KDKA and CBS. Music provided courtesy of APM Music.