This Is Why Your Phone Shuts Down At 5% Battery Life 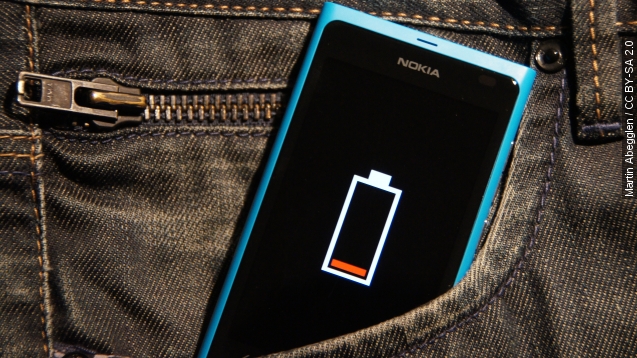 SMS
This Is Why Your Phone Shuts Down At 5% Battery Life
By Leah Becerra
By Leah Becerra
August 12, 2015
The short answer: Your smartphone is doing you a favor and saving all your stuff.
SHOW TRANSCRIPT

If you've ever wondered why your cellphone dies before its battery gets all the way down to 0 percent, the short answer is: The phone is doing you a favor.

The long answer is your phone is doing a lot of things all day — like looking for cell towers, checking for emails, pushing alerts from all your favorite apps — that you're probably not aware of.

If you've ever had to do the whole force-restart thing — say, you were having trouble with an app — the sudden shutdown means those processes are stopped dead in their tracks, making your phone forget whatever job it was doing.

When your phone forgets a task, it really just means that data wasn't saved. Which is no big deal if the app was acting up anyway. But what happens if that data was actually important?

Here's the scenario: You're working on an important email. Your phone is at 6 percent battery life. Just as you're about to hit send the phone dies. But rest assured, you're email isn't lost.

Because the phone turned itself off before the battery was fully drained, it was able to save that very important email. It was also able to close the email app correctly and end any other tasks you had no idea the phone was doing in the first place.

In the same scenario, except you're down to 1 percent battery life, when your phone shuts down it's the same as you suddenly forcing the device to turn off. And all unsaved information, including that very important email, is lost.