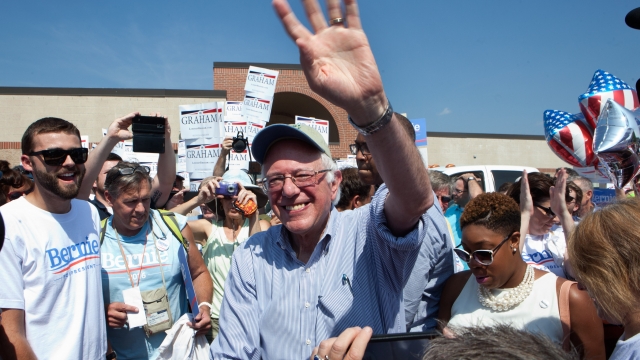 SMS
This Is Why Sanders Is Voting For Clinton But Staying In The Race
By Ben Lawson
By Ben Lawson
June 24, 2016
Bernie Sanders says by continuing his campaign, he can convince more people to vote Democrat.
SHOW TRANSCRIPT

Bernie Sanders says he plans to vote for Hillary Clinton come November, but he still doesn't plan to suspend his campaign.

He was speaking on MSNBC's "Morning Joe" Friday when he was asked if he would vote for Clinton.

Clinton has secured enough votes to win the Democratic nomination for president, and many have wondered when Sanders will officially drop out of the race.

But Sanders didn't discuss any plans to drop out.

"I think the issue right here is I'm going to do everything I can to defeat Donald Trump. I think Trump in so many ways will be a disaster for this country if he were to be elected president," Sanders says.

Sanders says he believes by keep his campaign alive, he can bring more voters into the political process and ultimately help Democrats beat Trump in November.

This video includes clips from Bernie 2016 and images from Getty Images.