This Is What You See When You Fly Into Cuba 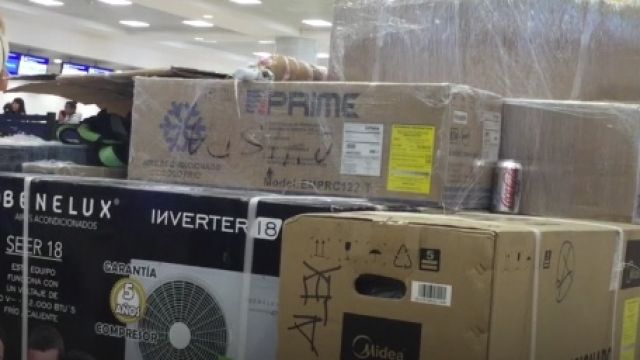 SMS
This Is What You See When You Fly Into Cuba
By Zach Toombs
By Zach Toombs
March 21, 2016
Flat-screen TVs, toilet paper and lots of air conditioners fill the airport.
SHOW TRANSCRIPT

This is what you see when you're flying into Cuba.

It's all going to family members in Cuba who can't buy this stuff on the island. That's due to the U.S. embargo and a lack of resources in Cuba.

"To family?" asked the reporter.

"To my grandmother," he responded, "Yes."

"An air conditioner and different clothes for the family" is how a second man in the airport described his cargo.

"And that's not available there?" the reporter asked.

"It's not available, no," replied the first man, "I mean, they're available to the black market but not directly in the store."