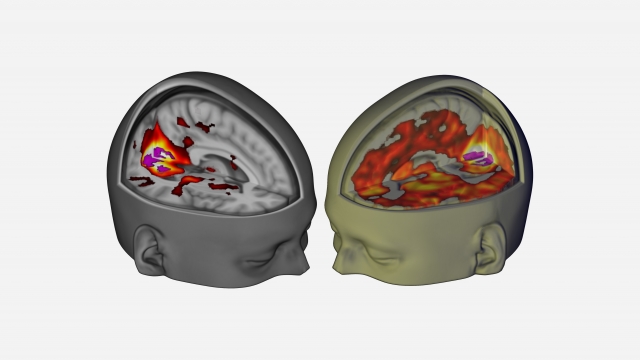 SMS
This Is What's Going On In The Brain During An LSD Hallucination
By Ryan Biek
By Ryan Biek
April 12, 2016
One researcher at Imperial College London said it was like participants on the drug were "seeing with their eyes closed."
SHOW TRANSCRIPT

Scientists have gotten an early glimpse at how LSD hallucinations really work.

Researchers at Imperial College London took brain scans of 20 volunteers who took the drug, and as one of the researchers put it, they were "seeing with their eyes shut."

Literally, the participants' eyes were closed during the testing.

But the specific area in the back of the brain normally responsible for vision was still lighting up. And when the volunteers were hallucinating from the LSD, many other areas of the brain were adding to the visual processing.

Under normal, sober circumstances, several functions like vision, speech and movement are rooted in separate networks of the brain.

Yet the researchers found LSD made the brain work more as a whole. They said this structural change leads to losing one's sense of self –– which, in turn, has in cases been linked to sensing religious or spiritual experiences.

The researchers said in a lot of ways, being on LSD is like making the brain go back to the way it was when you were an infant. The brain becomes rigidly organized with time, but an infant's mind is more emotional and imaginative.

This video includes images from Manel Torralba / CC BY 2.0, latorre-chainmen / CC BY SA 2.0 and Getty Images.