This Is What Hurt Serena Williams In The Australian Open Finals 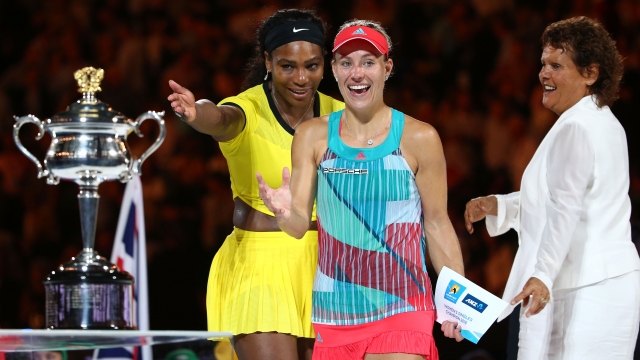 For tennis fans, seeing Serena Williams go down in a major final — like she did at the Australian Open — is a strange sight. After all, she won her last eight Grand Slam finals and hasn't lost one of those in more than four years.

But Angelique Kerber of Germany managed to pull off the upset, leaving Serena fans wondering what went wrong.

For one thing, you could say Williams had an off night. Despite her reputation as the most powerful server on tour, she only put her first serve in play 53 percent of the time in the final.

And when Williams missed those first serves, Kerber made her pay, winning 58 percent of points on William's second serve.

Serena was also up against a type of player she's gotten used to seeing — a tour veteran with nothing to lose. (Video via JPMorgan Chase & Co.)

Even though Kerber's first appearance in a major was in 2007, this was her first Grand Slam final, and she was one point away from losing her first-round match this year. All of the pressure was on the other end of the court.

"I was just trying to stay positive, staying in the moment and just going for it," Kerber told ESPN after the match.

Even so, it was a very close match, with Kerber winning only six more points in total than Williams, who will still sit comfortably at the top of the world rankings, with Kerber likely sliding into No. 2.