President Obama Isn't The Founder Of ISIS. This Guy Is. 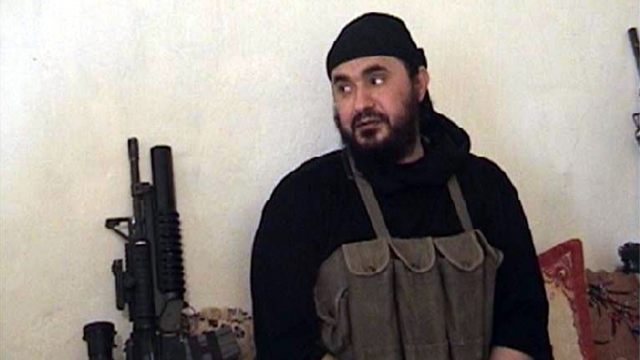 SMS
President Obama Isn't The Founder Of ISIS. This Guy Is.
By Jake Godin
By Jake Godin
August 11, 2016
Simply put, Abu Musab al-Zarqawi created the group that would eventually become ISIS and shape its ideology. POTUS is not the founder.
SHOW TRANSCRIPT

"Last night, you said the president was the founder of ISIS. I know what you meant. You meant that he created the vacuum; he lost the peace," Hugh Hewitt said on his radio show.

I can't believe I have to say this, but, no, President Barack Obama is not the founder of ISIS.

He's the guy whose airstrike campaign has killed up to 45,000 ISIS fighters.

This is the guy who founded ISIS: Abu Musab al-Zarqawi.

He's from Jordan. And in 1999, he founded Jamaat al-Tawhid wal-Jihad. This group would eventually become what we know today as the "Islamic State," or ISIS. He was killed in Iraq in 2006 after the U.S. dropped two 500-pound bombs on him.

That's pretty much it. Zarqawi was a man so extreme that even Al-Qaeda chided him over his tactics.

Today's ISIS is based off his ideology, and the group often honors him in messages.

Obama, whom ISIS portrays as a top enemy.