This Is How Many Civilians Have Died In US Counterterrorism Strikes 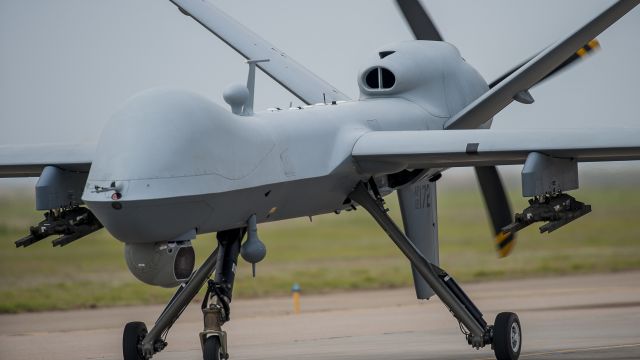 SMS
This Is How Many Civilians Have Died In US Counterterrorism Strikes
By Jake Godin
By Jake Godin
July 1, 2016
And these estimates don't even include combat zones.
SHOW TRANSCRIPT

The U.S. government has released the numbers for civilians killed by counterterrorism strikes outside combat zones during President Obama's tenure.

But that's not the only estimate.

The Bureau of Investigative Journalism estimates between 380 and 801 civilians were killed in 504 strikes.

Obama's administration has been criticized for its lack of transparency on strikes outside of war zones, specifically drone strikes.

"And before any strike is taken, there must be near-certainty that no civilians will be killed or injured — the highest standard we can set," Obama said during a speech at National Defense University in 2013.

The fact the U.S. estimate varies by so much shows how hard it is, even for the government, to keep track of civilian deaths in these kinds of strikes.

This video includes clips from the U.S. Air Force and The White House and images from Getty Images. Music provided courtesy of APM Music.