This Is How Google Hijacked Apple's Search Results 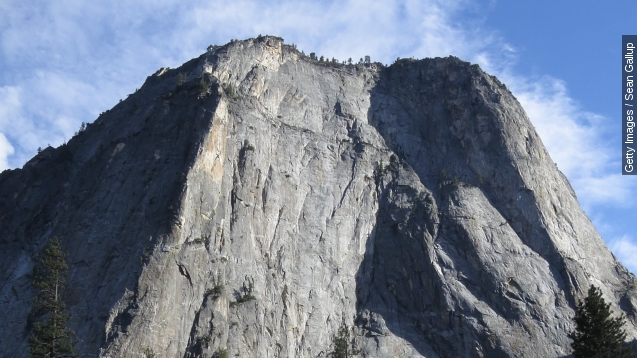 SMS
This Is How Google Hijacked Apple's Search Results
By Leah Becerra
By Leah Becerra
June 24, 2015
Google announced you can climb El Capitan virtually Wednesday, but it seems more like an elaborate plot to hijack search results from Apple's new OS.
SHOW TRANSCRIPT

Google Maps announced Wednesday that if you've always wanted to climb El Capitan, now you can — albeit virtually — from the comfort of your favorite chair.

"I think that's what draws a climber to El Capitan. When you look up at this massive wall of granite, it's just gigantic — like a sea of rock," said Lynn Hill, a rock climber featured on Google’s project.

So of course it makes sense to add this particular peak to Street View. But let's not ignore the huge white apple in the room. Yeah, that Apple.

The Cupertino company announced a new operating system called "El Capitan" a little more than two weeks ago. Since then, and before then, the two often-competing companies have duked it out in the headlines over similar services.

Like Apple Music vs Google Play Music. Or iOS vs Android. How about Apple Pay vs Android Pay? The case could even be made for Chromebooks versus pretty much any model from Apple's laptop army.

The ongoing battle between Google and Apple in all sorts of domains is so obvious that even a piece appearing in The New Yorker last week called them out for it:

"These two companies are very much alike—the Glimmer Twins of our appy times."

But what Google accomplished today was something — intentional or not — that hasn't been seen in the tech world: The company hijacked Apple's search results for OS X El Capitan.

Apple has already released a beta version of El Cap to developers. The public beta will be available next month, and the full OS will be out in the fall.

In the meantime, why not go for a virtual climb? No Apple required.