This Interview With Amy Schumer Is Cringeworthy 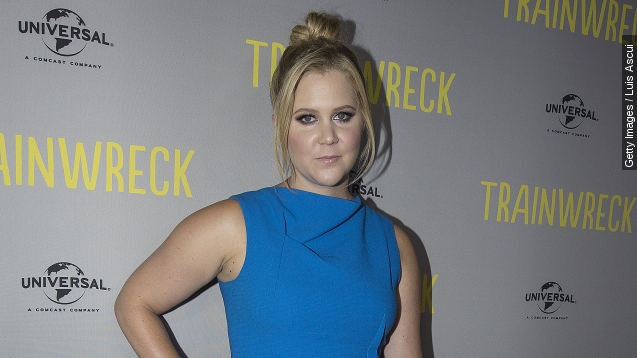 Celebs are used to being interviewed. It is pretty much listed in the job description.

But during an interview for Australia's KIIS radio, not only was comedian Amy Schumer not making anyone laugh, but she also wasn't laughing herself.

"Do you have the word 'skanky' in America?" the KIIS host asked.

"We do have that word," Schumer said.

"Oh but c'mon, that's the character in the movie, I'm not trying to offend you," the host said.

"Whatever you're trying to do, you are. That's a rude question," Schumer retorted.

To throw in some context, the KIIS hosts had just mentioned that the costume designer in her new movie "Trainwreck" made all the outfits very short.

In the movie, Schumer plays a woman who parties too hard and thinks monogamy is impossible.

"I didn't understand that word at the time, but now I know exactly what he was talking about," Schumer's character said in the movie trailer.

Fitting for the movie title, Daily Mail called the interview a "trainwreck." Other outlets joined in, calling it "painfully awkward" and saying Schumer shut down the offending host.

KIIS posted the interview to its YouTube page, so maybe they thought the interview went well, or as the Aussies would say, "ripper." That's slang for "really great."

Schumer did say she loved the idea of doing another interview with KIIS ... without the guy who talked about her being "skanky."