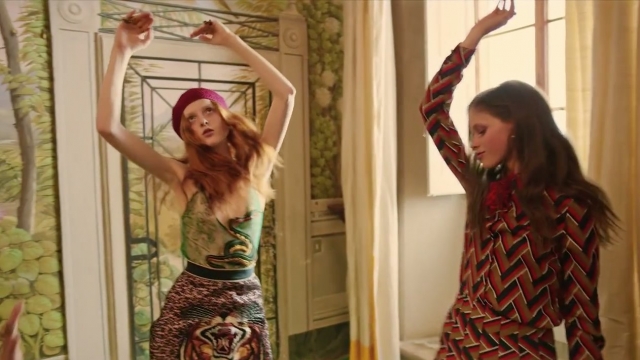 SMS
This Gucci Ad Was Banned In The UK Over Very Thin Model
By Ryan Biek
By Ryan Biek
April 6, 2016
The U.K. Advertising Standards Agency says one model in a Gucci advertisement appeared to be too thin to be healthy.
SHOW TRANSCRIPT

A Gucci ad has been banned in the U.K. following a complaint that its models looked too thin to be healthy.

What you're seeing now is a director's cut. A similar advertisement ran in December on The Times' website, though, and reportedly showed photos like this one.

The U.K.'s Advertising Standards Authority received a complaint and recently decided the fashion company acted irresponsibly in the case of one model.

The agency said the model's arms and torso weren't proportional to her head and lower body. It added that the way she stood and the dark makeup she wore created an overly skinny look.

Gucci said the commercial's models had "slim builds" but were not made to look "unhealthily thin." The fashion house pointed to decisions like making sure no bones were visible and avoiding heavy makeup so models' features didn't appear overly skinny.

Further, Gucci and the Times have argued the issue is partly subjective.

This video includes clips from Gucci and the Advertising Standards Authority.