This German Christmas Commercial Is An Emotional Roller Coaster 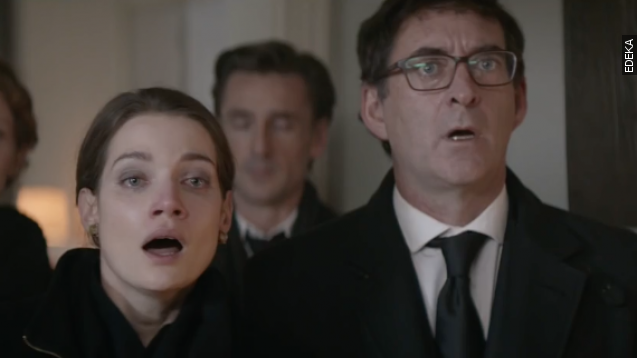 SMS
This German Christmas Commercial Is An Emotional Roller Coaster
By Cody LaGrow
By Cody LaGrow
December 2, 2015
In this supermarket commercial, a grandfather is forced to spend the holidays alone after his kids can't make the trip. Then, he dies.
SHOW TRANSCRIPT

Family and the holidays. It's a lethal concoction that calls for unconditional love, anger management and, thanks to this German supermarket ad, an entire box of tissues.

"Hello, Daddy. It's me. Hi, Grandpa! I just wanted to call and let you know that we can't make it for Christmas this year. We'll try again next year. I'll work it out, I promise. Merry Christmas, Daddy," said the daughter in a commercial for Edeka, a supermarket company in Germany.

So there sits German grampy, rejected and alone during the holidays. His children are too busy to care, and he's too old to deal with the pain. And he dies.

The tears start flowing as we watch his children learn the terrible news: Their father died alone. They then have to go home for the holidays for a funeral and are reunited in the house where they grew up. A song about dads plays in the background. I mean, honestly, this is the saddest grocery store commercial ever — until it isn't.

"How else could I have brought you all together? Mmh?" the grandpa asks.

That's no ghost of Christmas past. Gramps faked his own death to get his kids home for the holidays. It spurred this reaction on NBC's "Today" show.

"And you're all cut out of the will," Al Roker said.

"That is the worst thing I've ever seen," Savannah Guthrie said.

"I love that guy," Roker replied.

Now, at more than 19 million views later, we're all sad, mad and emotionally distraught at Christmas. I have nothing else to say that Uncle Frank couldn't say better.

"Look what you did, you little jerk," Uncle Frank said in "Home Alone."

Not cool, grandpa. Not cool.