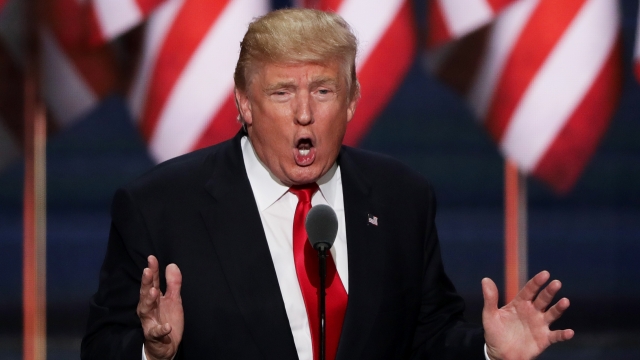 "They are being released by the tens of thousands into our communities with no regard for the impact on public safety or resources," Donald Trump said during his speech at the Republican National Convention.

Donald Trump formally accepted the GOP nomination Thursday night at the Republican National Convention, but not everyone loved his speech.

But one person who did was white nationalist and former Ku Klux Klan grand wizard David Duke.

Duke has been a big Trump fan for a while. He started encouraging his radio show listeners to vote for the Republican presidential nominee back in February.

"Voting against Donald Trump at this point is really treason to your heritage. I'm not saying I endorse everything about Trump. In fact, I haven't formally endorsed him. But I do support his candidacy, and I support voting for him as a strategic action," Duke said on the "David Duke Radio Program."

But Trump also caught a lot of backlash for that support and, after some initial hesitation and confusion, he disavowed the former Klan leader.

"David Duke is a bad person, who I disavowed on numerous occasions over the years," Trump said on MSNBC.