This Domestic Violence PSA Has Powerful (If Misleading) Message 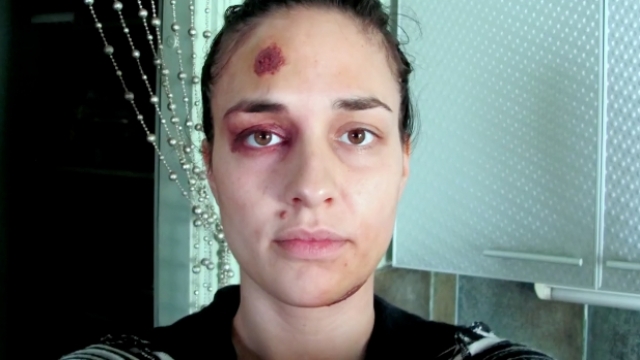 SMS
This Domestic Violence PSA Has Powerful (If Misleading) Message
By Ben Lawson
By Ben Lawson
May 19, 2016
The woman in this PSA isn't actually a domestic abuse victim.
SHOW TRANSCRIPT

Here's a PSA for all PSA creators: Don't do what this Serbian ad agency did and accidentally create a misleading message.

The video is meant to show how domestic abuse can break a person down. It starts with selfies of a woman who looks healthy but later appears severely bruised and sporting open wounds.

It ends on a picture of that woman holding a sign that reads: "Help me. I do not know if tomorrow will come" in Serbian, according to a translation from The Telegraf.

Except the woman wasn't actually a victim of abuse. She's a model, and makeup was used to create the bruises on her face.

Many people online seemed to believe the woman in the video was a victim of abuse.

Regardless, it did send a powerful message about domestic violence — something 1 in 4 women will experience during their lifetime.