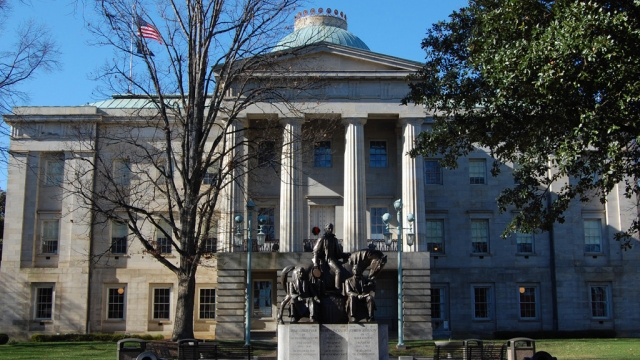 The DOJ notified Gov. Pat McCrory the law, which includes a provision requiring transgender people to use the bathroom according to their sex on their birth certificate, violates Title VII and Title IX of the U.S. Civil Rights Act.

Being in violation of Title IX puts millions in education money at risk in the Tar Heel state.

Just over a month ago, Gov. McCrory thought his state's Title IX funding was safe. He released a "Myths vs Facts" press release, saying their federal funding for public schools wasn't at risk because of HB2. Turns out that "fact" wasn't so factual.

North Carolina has faced a lot of backlash since passing HB2. Artists, including Ringo Starr, Bruce Springsteen, Demi Lovato and Nick Jonas, have canceled concerts. Pay Pal aborted plans to build a new office. And the U.K. warned its citizens about traveling to North Carolina — just to name a few.

The DOJ gave Gov. McCrory until the end of business Monday to confirm the state will either not implement or not comply with House Bill 2.

This video includes images from Getty Images, James Willamor / CC BY SA 2.0 and clips from the Office of Gov. Pat McCrory.