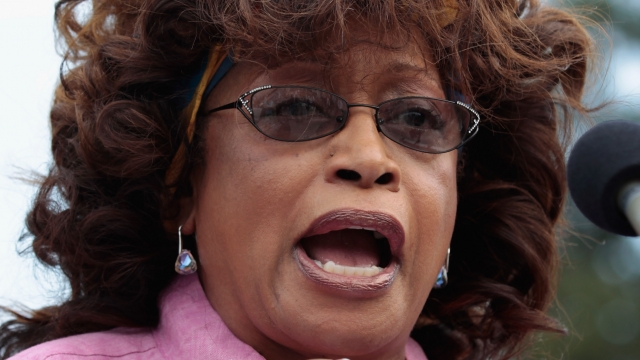 This Florida congresswoman faces over 300 years in prison and millions of dollars in fines if she's convicted of fraud charges.

The Democratic congresswoman pleaded not guilty to 22 counts in Jacksonville federal court on Friday.

According to the indictment, Brown and her chief of staff are accused of using Brown's position to bring $800,000 in donations to a fraudulent education charity. Prosecutors said the organization gave out two scholarships totaling $1,200. The rest, they said, was used as "a personal slush fund."

They say the money was used for vacations, events in Brown's honor and luxury boxes at a Beyoncé concert and an NFL game.

SEE MORE: Congress Has About A Week To Save Puerto Rico From Financial Collapse

The head of the supposed charity pleaded guilty in March to conspiracy to commit wire fraud. According to First Coast News, she testified against a public official believed to be Brown.

"I'm looking forward to a speedy day in court to vindicate myself," Brown said outside the Jacksonsville courthouse.

Brown will step down from her position as ranking member on the House Veterans Affairs Committee for the duration of the case.

Her district includes Jacksonville and parts of the Orlando area. She's currently running for her 13th term in Congress.