This Could Be The Candidate 'Never Trumpers' Have Been Looking For 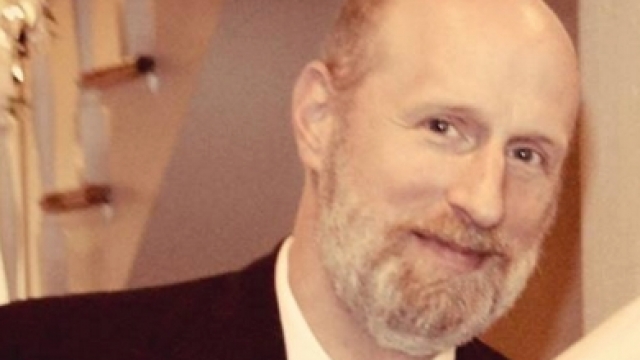 Could a conservative blogger be the next president of the United States? This one, to be exact?

Apparently, Weekly Standard editor Bill Kristol thinks so. Kristol, who's considered one of the leaders of the "Never Trump" movement, has been a vocal advocate for finding an independent candidate to run in the November presidential election.

Just a few weeks ago, he said he wouldn't vote for Donald Trump nor Hillary Clinton, writing in the Standard: "Find a better choice. Recruit and support an independent candidate."

It seems he has. He tweeted on Sunday, "Just a heads up over this holiday weekend: There will be an independent candidate--an impressive one, with a strong team and a real chance."

Since then, the political press have been trying to figure out who that candidate is. Bloomberg Politics might have figured it out.

"According to our sources we can now report that the man being eyed by Kristol is a Conservative lawyer, writer and Iraqi war veteran named David French. You've probably not heard of him. We hadn't either," Bloomberg Politics reporter Mark Halperin said on "With All Due Respect" on Tuesday.

French is a writer for the National Review. According to his bio on the website, French is a major in the U.S. Army Reserve and served in Iraq in 2007. He's a Harvard-trained lawyer and is a New York Times bestselling author. He lives in Tennessee with his wife and three children.

He's also a "Never Trumper," writing last week, "When I look at Trump, I see a catastrophe in the making." French reportedly hasn't made up his mind about running yet. But he tweeted Tuesday night, "I'm incredibly humbled by and grateful for the many expressions of support -- thank you."

But even if he does run, French doesn't have the name recognition of Mitt Romney nor Sen. Ben Sasse from Nebraska, who has himself called for an independent candidate to run. Kristol was rumored to have tried to get both of them to run. Romney tweeted Tuesday: "I know David French to be an honorable, intelligent and patriotic person. I look forward to following what he has to say."

Meanwhile, it appears there's no love lost between Kristol and the presumptive Republican presidential nominee.

"Bill Kristol is a loser. His magazine is failing. ... He's getting some free publicity," Trump said during a press conference Tuesday.

Kristol later tweeted: "I gather Donald Trump said I'm a loser. I've won some and I've lost some, but one thing I've always tried not to be is a roaring jackass."