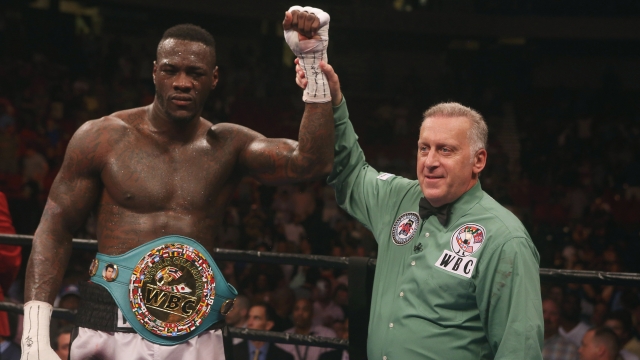 He broke his hand and tore his biceps during his fight on Saturday and still won — by technical knockout.

"It don't matter if I've got a broken hand, pulled a muscle or whatever. I'm still gonna fight 'cause that's what champions do," Wilder said after the fight.

Wilder said he hurt himself because of an awkward punch in the fourth round and had to go four more rounds basically one-handed.

But that didn't stop him from dominating the fight — and looking ahead to the next one.

Wilder made sure to call out Tyson Fury and Anthony Joshua, the other two heavyweight title holders.

Wilder might have a point. He's now 37-0 in his pro career, with all but one of those wins coming by knockout.