This Boeing Passenger Jet Should Have Been In 'Top Gun' 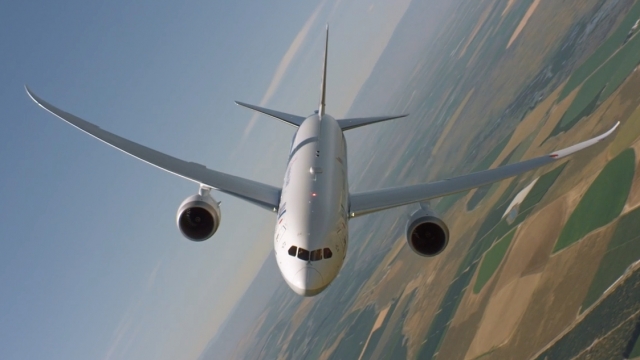 SMS
This Boeing Passenger Jet Should Have Been In 'Top Gun'
By Ben Lawson
By Ben Lawson
July 8, 2016
Boeing's 787-9 Dreamliner can pull off some impressive stunts for a passenger plane.
SHOW TRANSCRIPT

Meet the future of airsickness.

This is Boeing's 787-9 Dreamliner going through some impressive aerobatics ahead of this year's Farnborough International Airshow — although we're guessing it won't be doing any near-vertical takeoffs with passengers on board.

The video shows it swooping down to hit the tarmac only to immediately take off again — and generally just showing off. Who's piloting this thing? These are the kinds of maneuvers you would expect from a fighter jet, not a plane designed to take the family to Disney World.

The plane is Boeing's largest Dreamliner yet. At 206 feet long, it can hold up to 290 passengers.

This video includes a clip from Paramount Pictures / "Top Gun" and music from Kevin MacLeod / CC BY 3.0.