This Anonymous Hacker Is Replacing ISIS' Hate With Rainbows 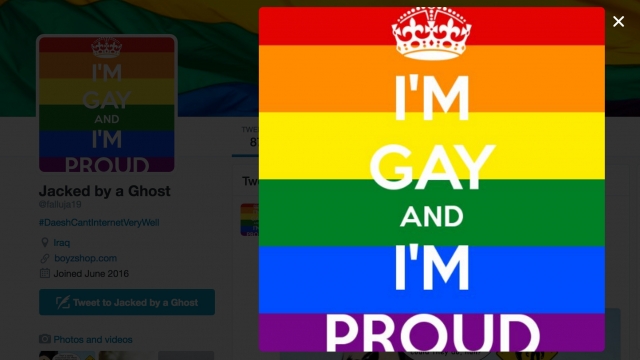 ISIS' Twitter profiles have been getting a colorful, LGBT-pride revamp from a hacker who says he's targeted dozens of accounts.

The hacker — who goes by WauchulaGhost online — is affiliated with the hacktivist group Anonymous.

And he told a few outlets his recent hacks are meant to seek justice for the mass shooting at an Orlando gay nightclub that killed 49 victims.

The hacker told Newsweek that ISIS was "praising the attack, so I thought I would defend those who were lost. The taking of innocent lives will not be tolerated."

ISIS claimed responsibility for the Orlando shooting, and The New York Times reports the nightclub gunman pledged allegiance to ISIS in a 911 call before opening fire.

Some of those accounts have since been suspended.

Anonymous has waged war on ISIS and renewed that call after several tragedies that ISIS claimed responsibility for — like the November Paris attacks.

This video includes clips from Anonymous, WFTV and WKMG, an image from the Orlando Police Department and music from Chris Zabriske / CC BY 3.0.