This 3,000-Year-Old Wheel Is One Of The Oldest Discovered In Britain 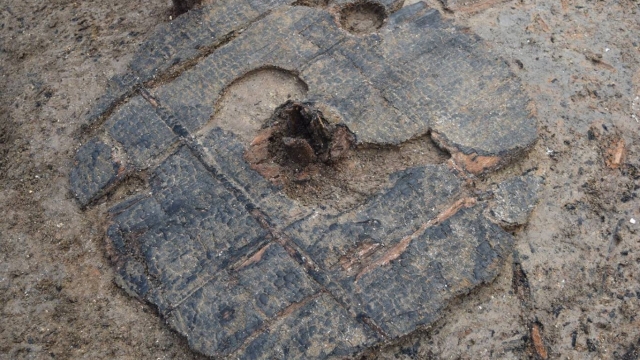 SMS
This 3,000-Year-Old Wheel Is One Of The Oldest Discovered In Britain
By Melissa Prax
By Melissa Prax
February 19, 2016
Cambridge archaeologists found the intact Bronze Age wheel at a site known as "Britain's Pompeii."
SHOW TRANSCRIPT

The wheel — one of man's greatest inventions, right? Well, in the case of a recent archaeological dig, rediscovering the wheel was equally as exciting.

English archaeologists found a 3,000-year-old wheel at Must Farm in Cambridgeshire, known as "Britain's Pompeii." And it's the oldest Bronze Age wheel found in Britain that's still intact.

Archaeological manager David Gibson told Historic England, "The discovery of the wheel demonstrates the inhabitants of this watery landscapes links to the dry land beyond the river."

Archaeologists say the structures are well preserved, despite a fire that caused them to plummet into the river.

The dig is a hefty undertaking. The project will receive about $1.5 million in funding over the next four years to discover these historic links to the past.