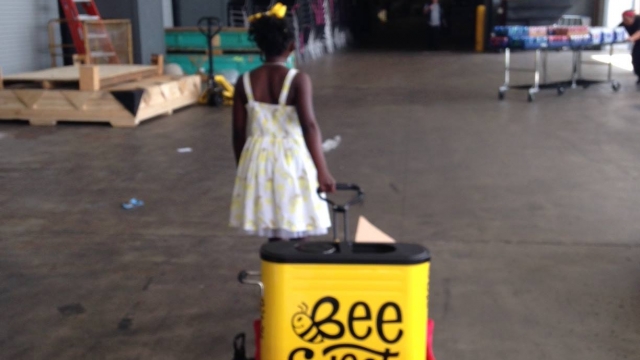 By Melissa Prax
March 31, 2016
Mikaila Ulmer, an 11-year-old from Texas, just got a deal with Whole Foods after appearing on "Shark Tank" and receiving other awards.
SHOW TRANSCRIPT

An 11-year-old just got a deal with Whole Foods to sell her lemonade in 55 stores.

Mikaila Ulmer told NBCBLK, "I thought I would have to choose between making money and helping save the bees and overtime I realized that I could do both."

And if Mikaila Ulmer hasn't already put our pre-teen years to shame — her lemonade is also healthy. She sweetens it with honey rather than sugar, which inspired her business's name, BeeSweet Lemonade.

Ulmer, from Austin, Texas, has owned her lemonade business since 2009 — and this is only her most recent success.

She also received an award as one of the top black innovators at South by Southwest last year.

And she's even made an appearance at the White House.