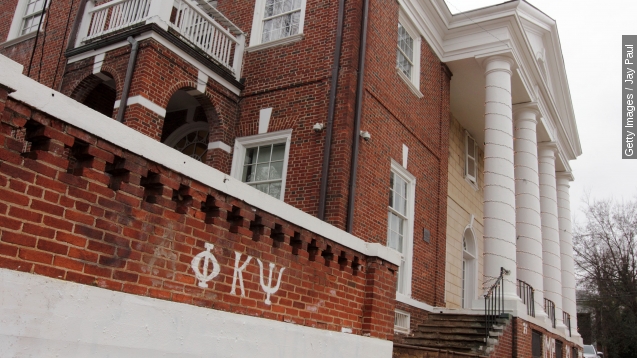 Rolling Stone is facing a third lawsuit in the aftermath of its widely criticized article detailing an alleged gang rape at a University of Virginia fraternity house.

Phi Kappa Psi fraternity filed a lawsuit Monday seeking $25 million from the magazine and its publisher for defamation.

As a refresher, a Rolling Stone article called "A Rape on Campus" highlighted the story of a UVA student called Jackie, who said she had been horrifically gang-raped at a fraternity party.

But when The Washington Post released new details that disproved some of the article's storyline, Rolling Stone asked the Columbia School of Journalism to investigate the story. The Charlottesville Police Department in Virginia also conducted an independent investigation. Both concluded Rolling Stone had some major gaps in its reporting and there wasn't enough evidence to prove Jackie was raped.

The magazine retracted the story, and the editor resigned. But even though the story was retracted, Phi Psi members say they still felt backlash.

The fraternity's house was vandalized, with "UVA Center for Rape Studies" painted on the side of the building. Members of the Greek chapter also cited receiving online threats.

The fraternity said in its complaint, "The story was simply too tempting, too sensational, to let facts get in the way."

In May, the university's associate dean of students filed a $7.8 million defamation suit against the magazine because she said the story painted her as the "chief architect" of suppressing sexual assault reports at UVA.

And in July, three former Phi Psi members sued the magazine, its publisher and the author, Sabrina Erdely, for writing a story that linked them to the alleged rape and damaging their reputations.

Rolling Stone has not yet issued a statement on the new lawsuit.