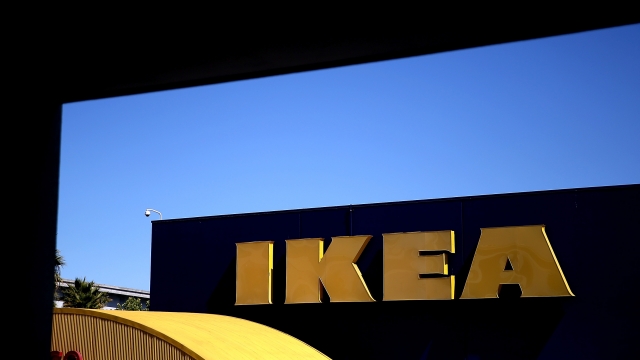 SMS
Third Death Leads Ikea To Recall 27 Million Chests And Dressers
By Ryan Biek
By Ryan Biek
June 28, 2016
The company has been accused of not doing enough to protect consumers.
SHOW TRANSCRIPT

Ikea is recalling at least 27 million chests and dressers after a product fell on and killed a third child.

The Swedish furniture giant has been accused of not doing enough to keep consumers safe.

Ikea said in a statement, "It is clear that there are still unsecured products in customers' homes, and we believe that taking further action is the right thing to do."

That "unsecured" part from the quote is important, since some consumer experts have questioned why Ikea didn't recall the dressers to begin with.

Instead of a recall following the death of a second toddler last year, the company issued repair kits to anchor dressers to walls. It also released an ad to alert customers to the dangers of tipping furniture.

Fortune notes that for decades Ikea has included those wall restraints, and instructions for using them, in its packaging for dressers.

But the company said the recall decision was made in response to the third child's death this February.

Ikea is expected to explain in a press conference Tuesday the kind of compensation customers who bought the recalled products will receive.

Last year, the Consumer Product Safety Commission noted a child is killed every two weeks by falling furniture or TVs. Six children have died from Ikea products since 1989.