Think Your Hometown Is Cold? Check Out These Frigid Spots 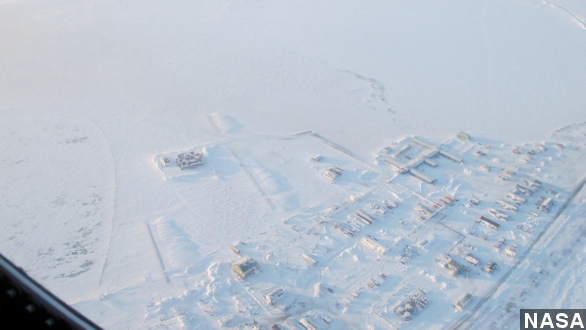 Really, we all need to stop complaining about how cold it is.

Because it might actually be cold where you are, but trust me — it can get way colder.

So here's our top three "stop being a baby, it's not cold where you live" list.

To really make you feel like a wimp, let us introduce Oymyakon, Russia. This video posted by YouTube user Sebastian Balders shows what's pretty much the coldest inhabited place on the planet.

Winter temperatures in the Siberian village average -58 degrees Fahrenheit. But at least they handle the cold in style. The Weather Channel says they drink a lot of booze. Yeah, lots of booze.

Other inconveniences caused by the weather that's so cold even Frosty would run for cover are glasses sticking to people's faces and the fact a bonfire has to be held to warm the ground enough to dig a grave before a funeral.

And then there's Alaska, in the land of the free ... where truly it must be the home of the brave.

Because the average temperature in Barrow, Alaska, year-round is -11 degrees Fahrenheit.

The coldest temperature on record is -56 degrees. And to really add some charm to Barrow, it also has a "polar night" from mid-November through January. That's when the sun doesn't rise above the horizon for 60 days.

Feeling warm yet? Our last "quit yer yammerin" pick is, of course, without contest, located in Antarctica.

The lowest recorded temperature was -123 degrees Fahrenheit. So we're just gonna sit here, sip our hot cocoa and shut up about the weather where we are. That is, unless where you are is one of the places we just mentioned.

This video includes images from Getty Images and Jwrit and music from Chris Zabriskie / CC BY 3.0.