Think Europe Has A Lot Of Refugees? Visit Lebanon 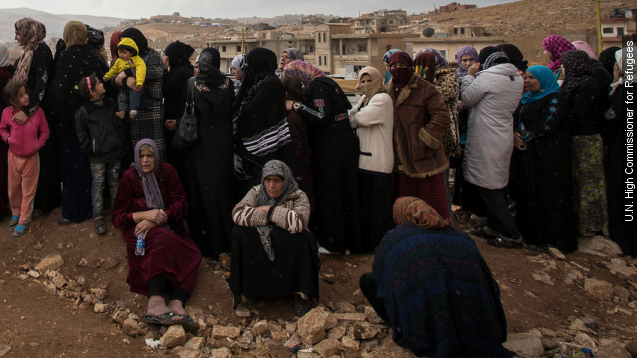 How’s this for a statistic. Of the more than 4 million Syrians who’ve fled their homes since 2011, the U.K. granted asylum to about 5,000. (Video via U.N. High Commissioner for Refugees)

So, given those numbers, a country like Germany looks pretty good. German Chancellor Angela Merkel recently said Germany expects to take in up to 800,000 asylum seekers from around the world this year.

Eight hundred thousand amounts to about 1 percent of Germany’s total population. But consider Lebanon. Syrian refugees now make up about 25 percent of the country.

So, for as much as European leaders complain about the influx of refugees at its borders, it’s nothing compared to what Syria’s neighbors are dealing with.

Five countries in the region are now hosting 95 percent of Syria’s refugees. And as they run out of space and resources, they’re asking the rest of the world to pitch in.

Though we should note, that obligation to help should extend to everyone — not just Western governments

The oil-rich Gulf states, including Saudi Arabia and the United Arab Emirates, have offered cash to Syria’s poorer neighbors but haven’t opened their doors. (Video via U.N. High Commissioner for Refugees)

A report from Amnesty International in December found six Gulf countries had offered to resettle a total of zero refugees from Syria since the war began.

As for the U.S., it hasn’t exactly welcomed Syria’s refugees with open arms, either. In five years, it’s resettled just over 1,500 of them.  (Video via U.N. High Commissioner for Refugees)